On 3rd June 2018, the Fuego volcano erupted in Guatemala. According to official figures, 178 people died and 250 are still missing. Together with our partner organization ECAP, we continue to support those affected on the ground even after the emergency aid has ended.

Children playing in front of the wooden houses (ATUS) where 1000 families are expected to spend 18 months while their permanent homes are built (Photo: AWO International)

A total of around 1.7 million people are affected by the consequences of the volcanic eruption: 86 percent have lost their livelihoods or businesses. After the eruption, 12,823 inhabitants of the affected villages were evacuated. For security reasons, more than 3,300 people cannot return to their homes. They live in emergency shelters and hostels. The departamento Escuintla, with 14 hostels and 2,839 accommodations, as sheltered the most victims after the disaster so far. Immediately after the outbreak, AWO International, together with local partner organizations, initiated the first humanitarian aid measures over a period of one year and is now continuing to support the affected people with a two-year stabilization project.

A few days after the disaster, our partner organization ECAP (Equipo de Estudios Comunitarios y Acción Psicosocial) started its work in Escuintla. In the largest hostel, which was located in the José Martí school, the staff with many years of experience provided psychosocial support for those affected.

Two months after the outbreak, the first families were resettled in the so-called ATUS (Albergues Transitorios Unifamiliares). These are small, provisional wooden huts without cooking facilities in which the families will probably spend 18 months until the permanent settlement in the Finca La Industria is completed. ECAP continues to support the affected families through psychosocial care: in individual and group sessions, the traumatic experiences of the affected people and also their grief for lost family members and friends are dealt with. Later, the focus will be more on the future. This means that the ability to make decisions is strengthened in order to take the control of  one's own life again. This requires mutual support in the families and in the entire community, joint projects and new foundations for life. Furthermore, the meetings focus on violence prevention, as especially women and children in the hostels and ATUS have increasingly become victims of domestic violence. In addition to domestic violence and family conflicts, the potential for conflict between residents of ATUS has also increased as there is a permanent lack of space in the settlement and privacy is severely restricted: many families have had to share a cooking area and there are also certain time slots for each family to do their laundry.

Working with a gender perspective

The project pays particular attention to working with women, as they find themselves in vulnerable situation. Guatemala is still a very patriarchal society, especially in rural areas, where women have little or no decision-making power. The women are often oppressed by their family members or husbands. Domestic violence is also not uncommon. Domestic violence increased due to the extraordinary life situation with which the victims of the volcanic eruption are now confronted. The lack of space, the lack of privacy and job insecurity leads to frustration - the victims of such frustations are women. In order to ensure a non-violent life for the inhabitants of ATUS and above all to combat domestic violence, ECAP would like to work particularly with women and community representatives and train them in gender rights. ECAP also promotes the participation of women in decision-making in order to enforce demands that are especially important for women, but also so that they find more recognition in their families.

In the meantime, the first families were able to move into one of the thousand houses that the government had built for those affected. But the work of ECAP is far from finished with the relocation of the residents. The humanitarian project is extended by two years in order to ensure the community stabilization in the long-term. Here the psychosocial care of the victims of the volcanic eruption is continued, with the focus on adapting to the new life situation. But even with the move from the small wooden huts to stable houses, the conflicts that are swelling in the settlement have not yet been resolved. In addition to the actual psychosocial support, our partner ECAP is also responsible for conflict resolution. The residents are to be trained in various aspects of  the community life. Participants learn to cope with conflicts as well as to negotiate and talk openly about community problems and to solve emerging problems. In this way, the new community structures created by Finca La Industria will be strengthened and a real community will emerge. As in the previous project phase, the role of women in community work is to be strengthened and their rights are to be informed. At the same time, disaster prevention is also an important priority so that the residents are prepared for emergencies in the future and know how to act. 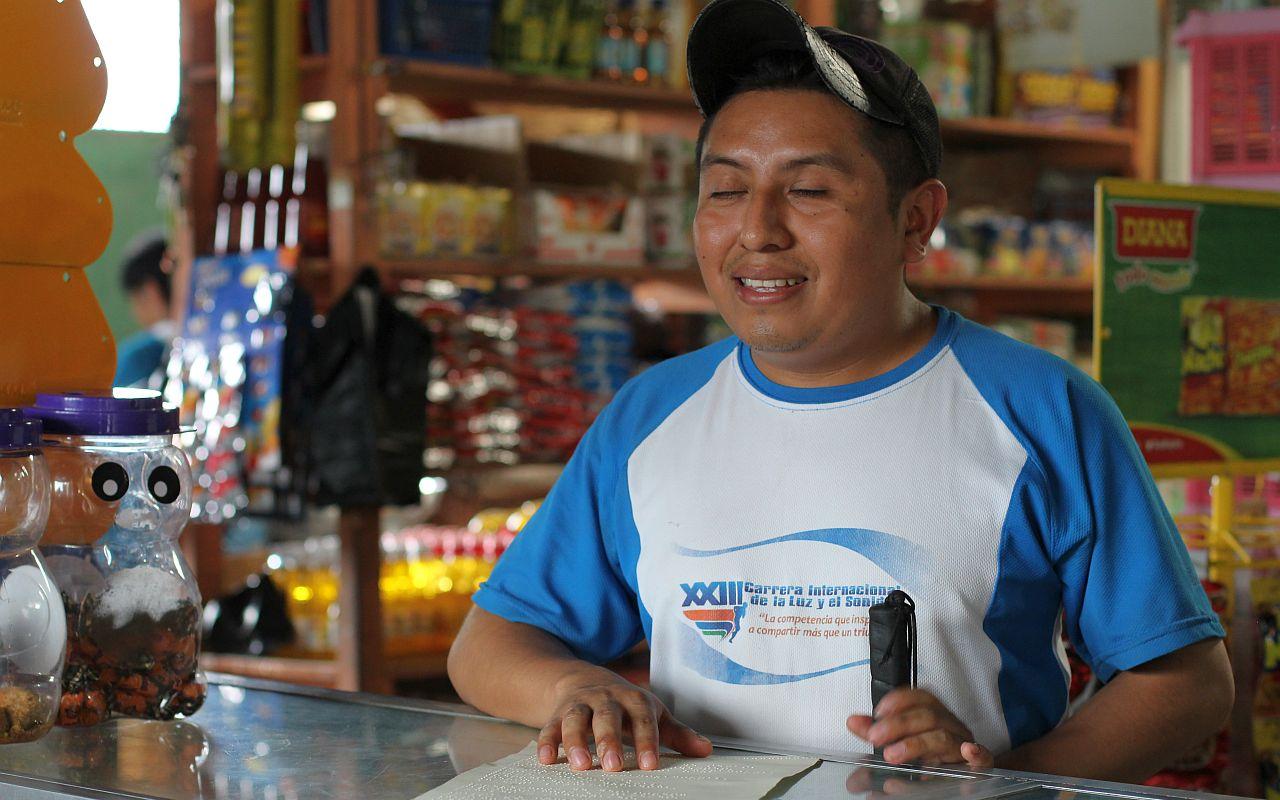 Including disaster preparedness in Guatemala

People with disabilities are particularly vulnerable to extreme natural events - especially children and young people are defenceless against the consequences of a natural disaster. AWO International, in cooperation with the ACOPEDIS network and its member organizations, is supporting a project for inclusive disaster prevention in Guatemala. 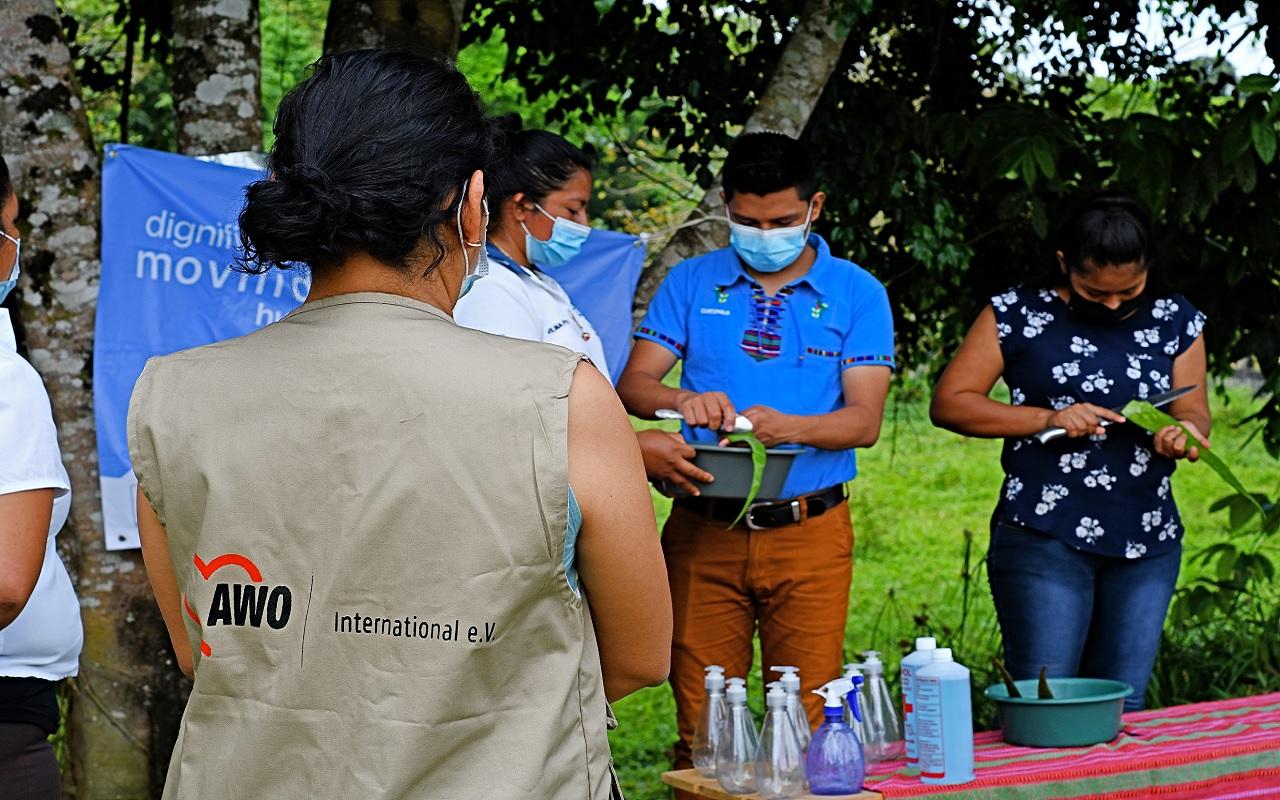