Fight against sexual exploitation of girls and women in Davao

Poverty and unemployment are the main causes that girls and women in Davao end up in prostitution or become victims of human trafficking. Many girls are only 14 years old. Together with our partner organization Talikala, we work to protect women and girls from sexual exploitation. 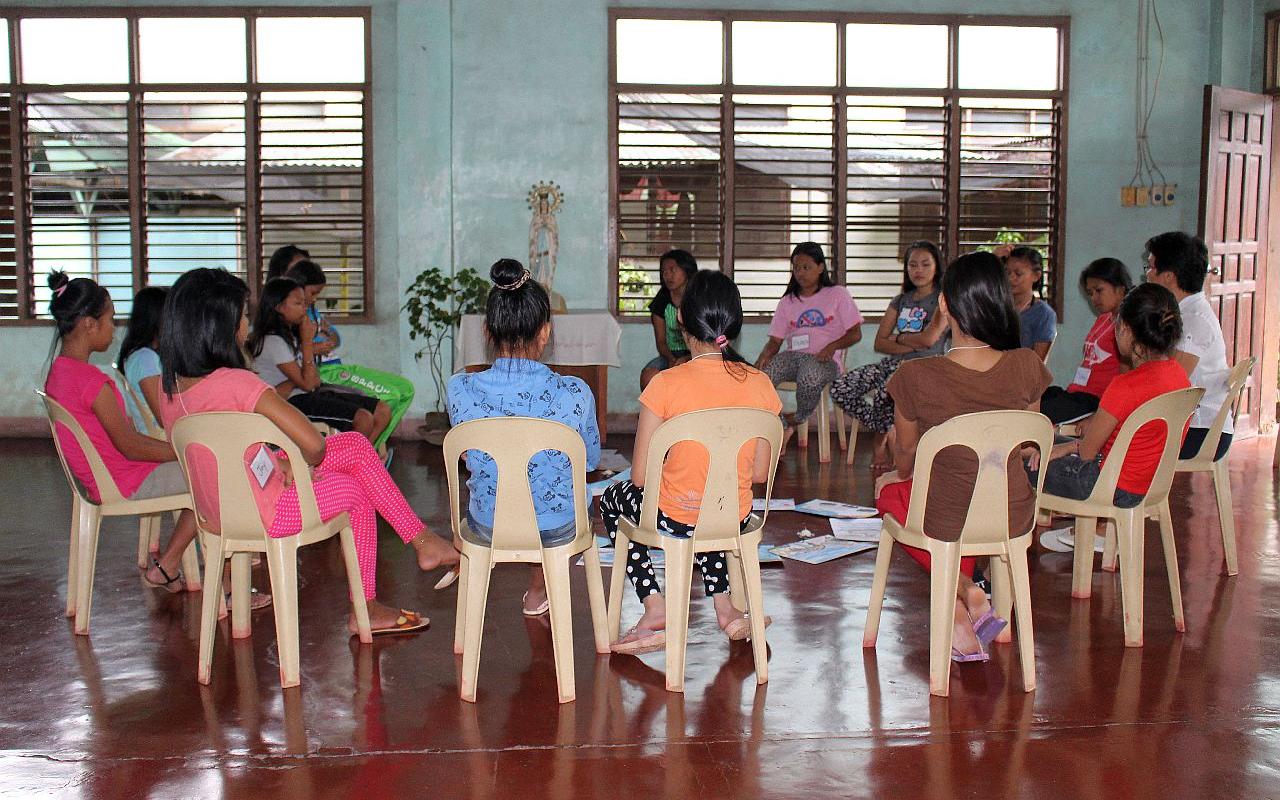 A group therapy by our partner organisation Talikala for girls who have been victims of sexual abuse. (Photo: AWO International)

Although prostitution is illegal in the Philippines, an estimated 800,000 women and girls are affected. Poverty, unemployment and poor prospects make them easy victims of traffickers who force them into prostitution. Especially in times of crisis, the number of victims increases. In Davao City alone, the capital of Mindanao Island, which is characterized by conflict and poverty, there are an estimated 4,000 prostitutes, 40 percent of whom are under the age of 18.

Our partner organization Talikala looks after girls and women aged 12 to 68. When they come to Talikala, they have experienced stressful situations, including abuse, violence, sexually transmitted diseases, unwanted pregnancies, abortions and drug abuse. Together with our partner organization Talikala, we take action against the vulnerability of women and children to human trafficking for sexual exploitation. In addition, we are implementing measures in nine selected communities in the city of Davao City to combat the increasing number of cases of sexual abuse on the Internet.

The aim of the project is to enable the communities to fight against sexual exploitation on their own in the long term. Therefore, we strengthen different types of social structures: children's groups, organizations of parents and communities, men's groups, and associations of women and girls who have been exposed to prostitution. In order to strengthen all these social groups, Talikala conducts seminars on women's and children's rights as well as on human trafficking and sexual abuse on the Internet. In communities with low levels of income and education, being informed about one's own rights is not a matter of course. If one considers that girls from the age of 12 years get into prostitution in a country in which contraception is still a taboo subject, it becomes clear that educational work has to be done.

In addition to the seminars, Talikala also conducts life-skill training and community education and conducts documentation in the field of sexual exploitation by recording cases and information. The NGO supports victims of abuse or human trafficking with therapies such as play therapies for children. In addition, the employees help by providing advice on legal proceedings and support victims in gaining access to government services.

Men also fight for women's rights and against exploitation

It is obvious that women and girls themselves should be strengthened in the struggle for their rights. Talikala has been using a new approach for some time now to increasingly involve men in its project work in order to combat sexual exploitation from all sides - and has been very successful in doing so.

When Talikala brought together a group of men in the Lapu Lapu project community for a unique discussion, it opened the eyes of many participants. "After the first meeting we asked for another one and immediately decided where and when it would take place," recalls 53-year-old Bibing, who is himself a father and husband.

Many men became aware of their responsibilities and have since formed a registered volunteer group. With the support of our project, they actively fight for the protection of women in Davao City, participate in campaigns to raise awareness, and offer informal counselling. "Now we know the laws and guidelines and understand that human rights are universal. When we hear or see that something bad is happening in a household, we immediately draw the attention of the Barangay Captain so that he can intervene according to the guidelines - we talk to the perpetrators, give them advice or man-to-man talks under the guidance of the social workers of Talikala," reports Bibing.

Talikala is also working with local and municipal authorities, public schools and the private sector to improve the protection of women and children. To this end, the team examines existing regulations, pushes for improvements and promotes local implementation of the child protection directive. Among teachers*, creative and interactive campaigns increase awareness and knowledge about the problems of human trafficking and sexual exploitation. Through training and discussion forums, Talikala encourages the private sector to contribute to creating a woman- and child-friendly business environment.

Our partner organization Talikala was founded in 1986 by former prostitutes, among others. In the local language, Talikala means "chain" or "bondage": the employees support prostitute girls and women in Davao City to break the chain of exploitation and oppression. With a team of trained social workers, Talikala directly takes care of prostitutes, abused women and girls who have got into human trafficking. They also organize community groups, provide information and education, network and lobby. Talikala fights for its vision of "gender-equitable relations between women and men who enjoy equal rights and full participation in the development of their society".

Every day, women from the island of Mindanao leave their families to migrate abroad for work. For many of them, this step ends in exploitation and abuse. Together with our partner organization MMCEAI we create a safer migration. 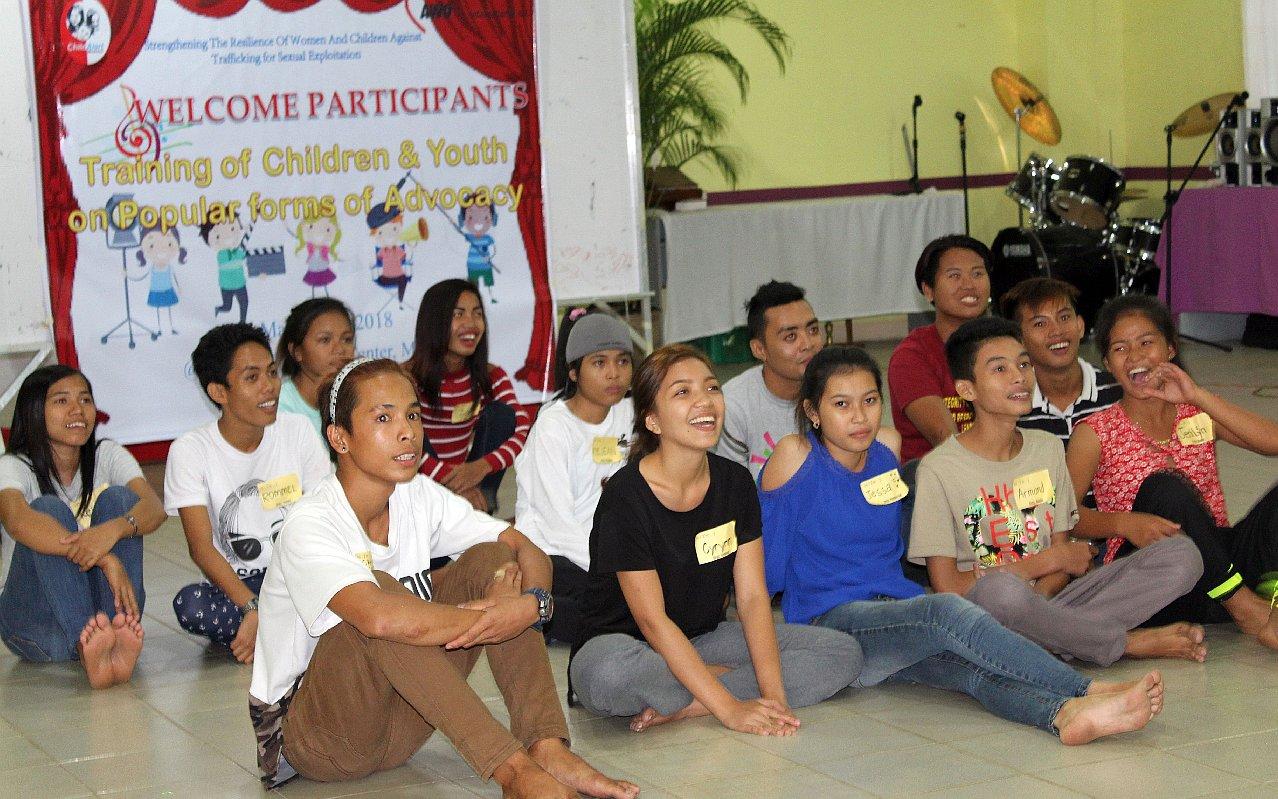 In trainings and workshops children and young people learn about their rights and how they can fight for them. (Photo: AWO International)
Southeast Asia • Philippines

Time and again, children and women on the Philippine island of Mindanao become victims of human trafficking for sexual exploitation. In addition, cases of sexual abuse on the Internet are becoming more frequent. Together with our partner organization Child Alert Mindanao, we implement protective measures and education programmes and strengthen the rights of children and women. 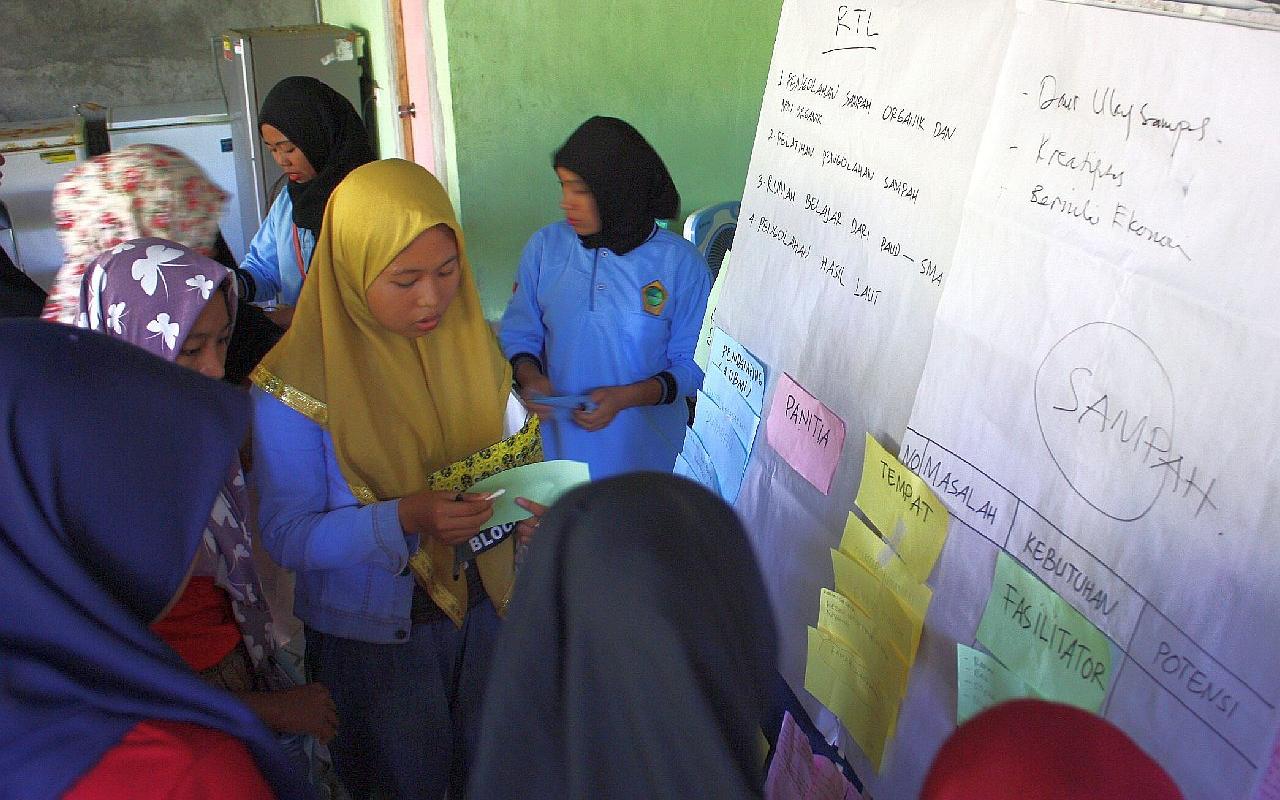 Protecting female migrants from Lombok from human trafficking and violence

Poverty and a lack of job opportunities in many communities on the island of Lombok lead to people migrating to earn a living. They often become victims of human traffickers. Together with our partner organization ADBMI we are implementing a project to protect migrating women and men.