Communication is a human right: The film school ECC trains young people in Central America in the field of participative communication. In order to reflect on their own life reality through the medium of film, they learn everything from the use of a film camera to the implementation of their own production. 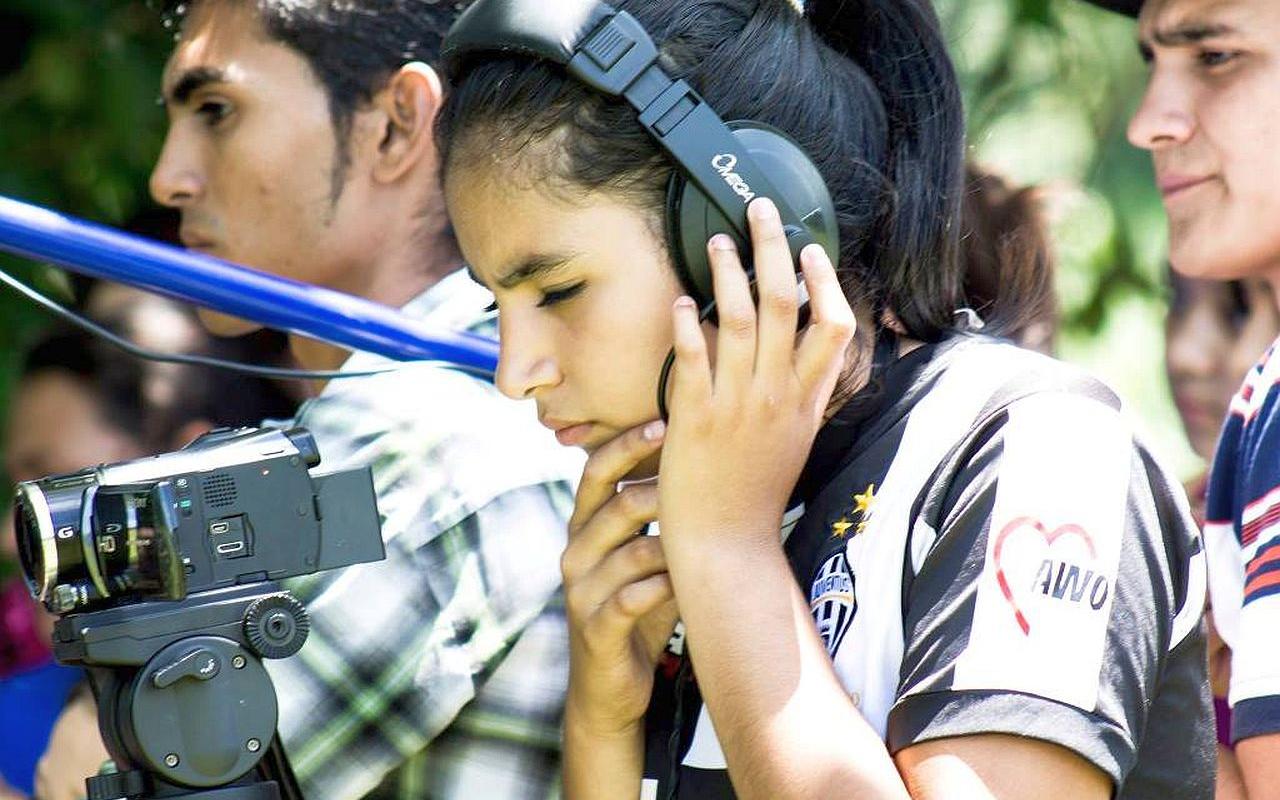 Concentrated on the set: The young filmmakers take over everything from the use of the camera to positions, light, color, sound and production. (Photos: ECC)

The environment in which children and young people grow up in Central America is marked by violence: Whether its violence within families, at schools or on the streets. There are hardly any places where they can create a child friendly environment and spend their free time. Besides, they are often stigmatized as members of criminal youth gangs. The lack of perspective drives many young people to flee - they set off for a supposedly better life in Mexico or the USA.

Based on the concept of participative communication, our partner organization ACISAM in El Salvador has been offering a course programme since 2010 in cooperation with the Central American Film School ECC (Escuela de Cine Comunitaria), in which young people learn the theoretical and practical basics for the production of films. In their films, participants reflect on the social conditions of their living environment and make  their perspective on these youth-specific issues public. It is also about influencing the media in the region, that often portrays young people as uninterested in social problems and as the perpetrators of violence.

Reflection on their own reality

The young people learn the technical tools to represent their view of reality through the medium of film: everything from the use of the camera to positions, light, colour, sound and the implementation of the production. What does their origin mean to them? How do they see their life, their region, the surrounding people? Where do they see problems, how do they perceive possible solutions? The recordings portray their communities, their neighbours and friends: the señora who prepares tortillas or the neighbour who sows corn.

"The young people deal with their own environment - their communities - and reflect it through the medium of film. This creates the figure of the everyday hero and both the young people and the villagers gain a new perspective on their surroundings," reports Noé Valladares, head of the video school.

The professional training is based on the concept of participative communication, which includes all population groups. The aim is to give young people a voice, who are systematically excluded in the public media. Therefore, the young people commit themselves to present the films to their environment. The aim of the project is to ensure that young people's perspectives are taken into account in a social discourse and that they can participate in the development of their communities.

About migration: the movie „La Travesía“

Since the beginning of the project, the ECC has already produced 45 short films on youth-related topics, most of which are available on its own Youtube channel. The film "Obstacles on the way to the goal" by Gustavo Antonio Molina (16) from El Salvador won the first prize in the film and photo competition "Young people, your voice counts in a world of 7 billion people" organized by the United Nations Population Fund (UNFPA).

After the young participants began with shooting merely short films, they now dare to take the next step. They now shoot a feature film that deals with one of the central themes of the region: migration. The film, called "La Travesía" ("The Difficult Journey"), deals with migrant women from the region. It tells stories about the women intentions, the reasons that led them to embark on the migration route via Mexico to the USA and the challenges they face during the dangerous journey. The film aims to raise awareness about the topic of migration and even helps to sensitize the partner organizations of AWO International in the Central American region in relation to the problem. 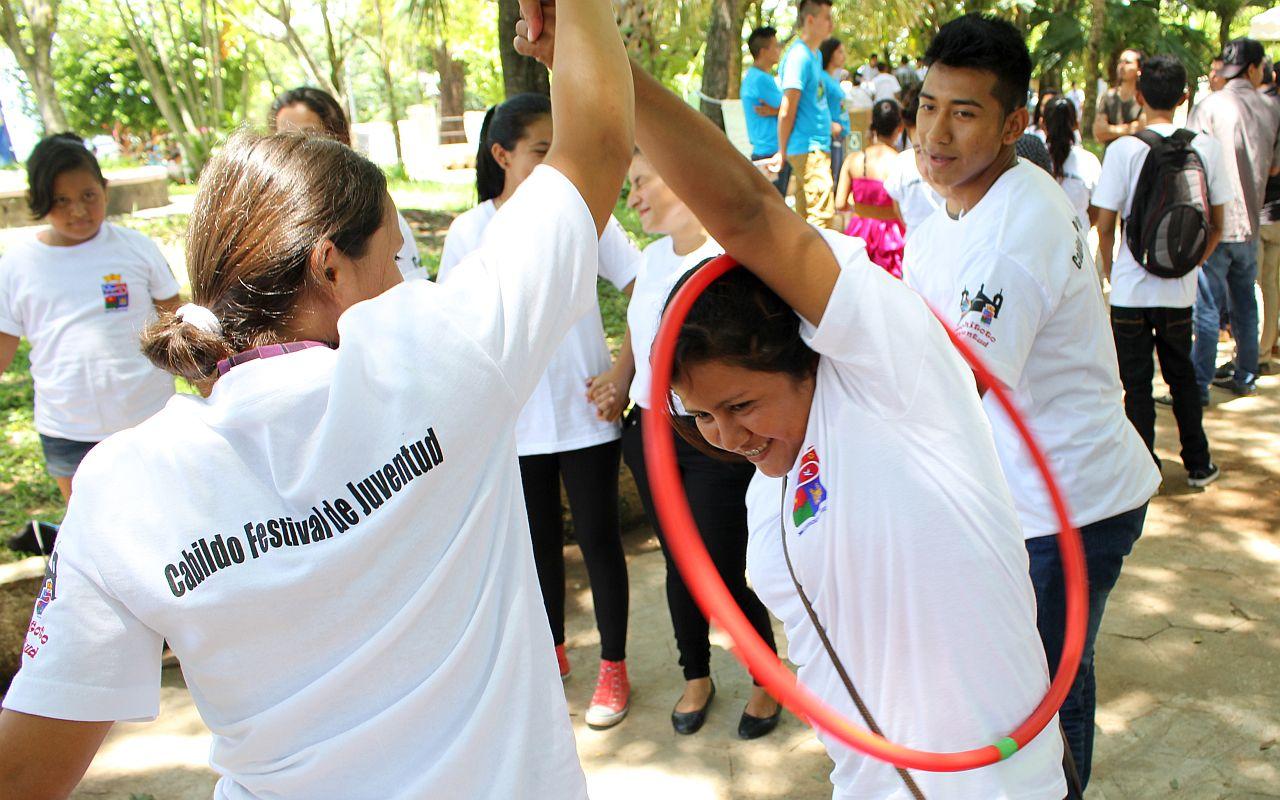 The youth organisations and networks organise youth festivals where, in addition to political work, fun and games also have a role to play. (Photo: ACISAM)
Central America • El Salvador

Young people in El Salvador have no voice in the public discussion. Their needs are hardly considered and they are often stigmatized as members of criminal youth gangs. Our partner organization ACISAM strengthens the rights of young people and youth organizations, promotes dialogue between the generations and implements measures to prevent violence.